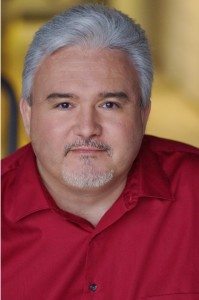 Gregory Ryan Martin was born in Atlanta, Georgia.  Singing came at a young age, very naturally, mostly in church, but at 17 he found himself singing with the Atlanta Symphony Opera Chorus in productions ranging from Verdi’s Rigoletto to Bizet’s Carmen.  Training was limited to grade school and high school, where Greg first learned to play Clarinet and Bassoon.  Not excelling in instrumental music, he then sought out vocal arts in the last few years of High School where he did achieve recognition, being chosen to attend 1986 Georgia Allstate Chorus and the first SDACDA Men’s Honor Chorus in Nashville, TN that same year.  Receiving his Bachelors Degree in Technology from Georgia Southern University in 1990, eventually work brought Greg to the lovely squares of Savannah.  Throughout his study at Georgia Southern, he directed and sang with the choirs of the Wesley Foundation on campus and was Interim Minister of Music at his home church, Hurt Road Baptist, Smyrna, GA.  Greg has been singing with I Cantori since 2001 and as an active member at Asbury Memorial UMC since 2005, Greg sings with the Chamber Choir and participates in God on Broadway services (see www.asburymemorial.org).  He has also taken part in the revival of the Asbury Memorial Theater, performing in both Gilbert and Sullivan Productions – Pirates of Penzance and The Mikado in 2010 and 2011 and most recently Stephen Sondheim’s Into the Woods, 2012.  In his free time Greg works in the Central Pricing Department at Great Dane Trailers, employed there for 22 years. He also enjoys Star Trek the Original Series.  Live Long and Prosper.