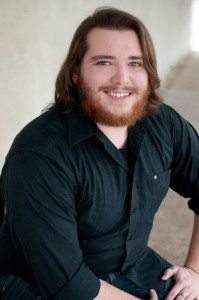 Andrew is a born and raised Savannahian. He graduated from Savannah Arts Academy and studied Contemporary Worship at Truett-McConnell College in Cleveland Georgia. In 2009, he returned to the “Hostess City” to continue his education at Armstrong Atlantic State University. Andrew currently works for the Savannah-Chatham Public School System and sings with Savannah’s Premiere Chamber Choir I Cantori. He has received many awards as a soloist and been casted as Enoch Snow in Rodger and Hammerstein’s Carousel, Arvide Abernathy in Guys and Dolls, Oliver Hicks in Meredith Wilson’s The Music Man, and Dan in Joseph and the Amazing Technicolor Dreamcoat. Andrew has always enjoyed singing, performing and competing and is thrilled to be working with such a great group of people at Savannah Theatre.